In Loving Memory: Venky Venkatesan, "The Father of DPDK" 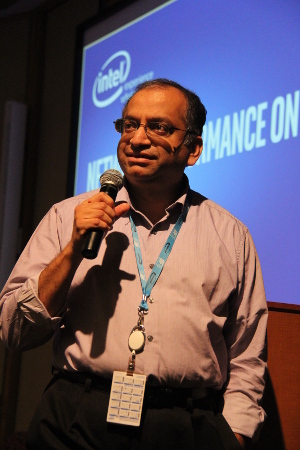 It is with a heavy heart that we share news that the DPDK and FD.io communities have lost a key founding member of the communities: Venky Venkatesan has passed away following a long battle with cancer. We’d like to express our utmost condolences to Venky’s family, friends, and extended community during this incredibly sad time. Venky was an incredibly inspiring man who exuded greatness all around; he will be dearly missed.

Affectionately known as "The Father of DPDK", a nod to his invention and creation of DPDK approximately ten years ago (before it was called DPDK). His footprints across the industry, and across the globe, are everywhere: Venky was deeply involved in the PICMG ATCA specification, creating a new bladed form factor for telecom equipment. He touched on and gave guidance to projects spanning Linux/netdev, DPDK, Intel QuickAssist Technology, BSD stacks, OVS, OPNFV, FD.io (of which he was a sitting TSC member), all-things-virtualization (KVM, Xen, VMware, Hyper-V, etc.), ETSI, IETF, containers, and so many other arenas. Venky regularly spoke at technical conferences including Intel Developer Forum, DPDK Summit, and various other workshops spanning FD.io, NFV, SDN, and virtual switching.

Those who knew him and engaged him, especially on deep technical discussions, knew they were talking to someone with the rare combination of skills that went incredibly deep both on the hardware (silicon) side of platforms, but also on the software (networking) side of the platforms. Venky was well-versed on a range of topics beyond technical themes. His mind could engage you on subjects ranging from football (soccer) to photography to history to politics and many other domains. Conversations with Venky were a treat. Traveling with him was an adventure. Debating with him was a lesson. We will so miss all of him.

Venky left behind a wife and two young daughters. A GoFundMe memorial fund to establish a college fund for his daughters has been set up to honor his legacy of mentoring and developing the next generation of engineers and scientists.

Please join us in expressing our gratitude for all that Venky gave to the world during the too-short time he was here, as well as our deep sadness in losing a great friend, colleague, and mentor.